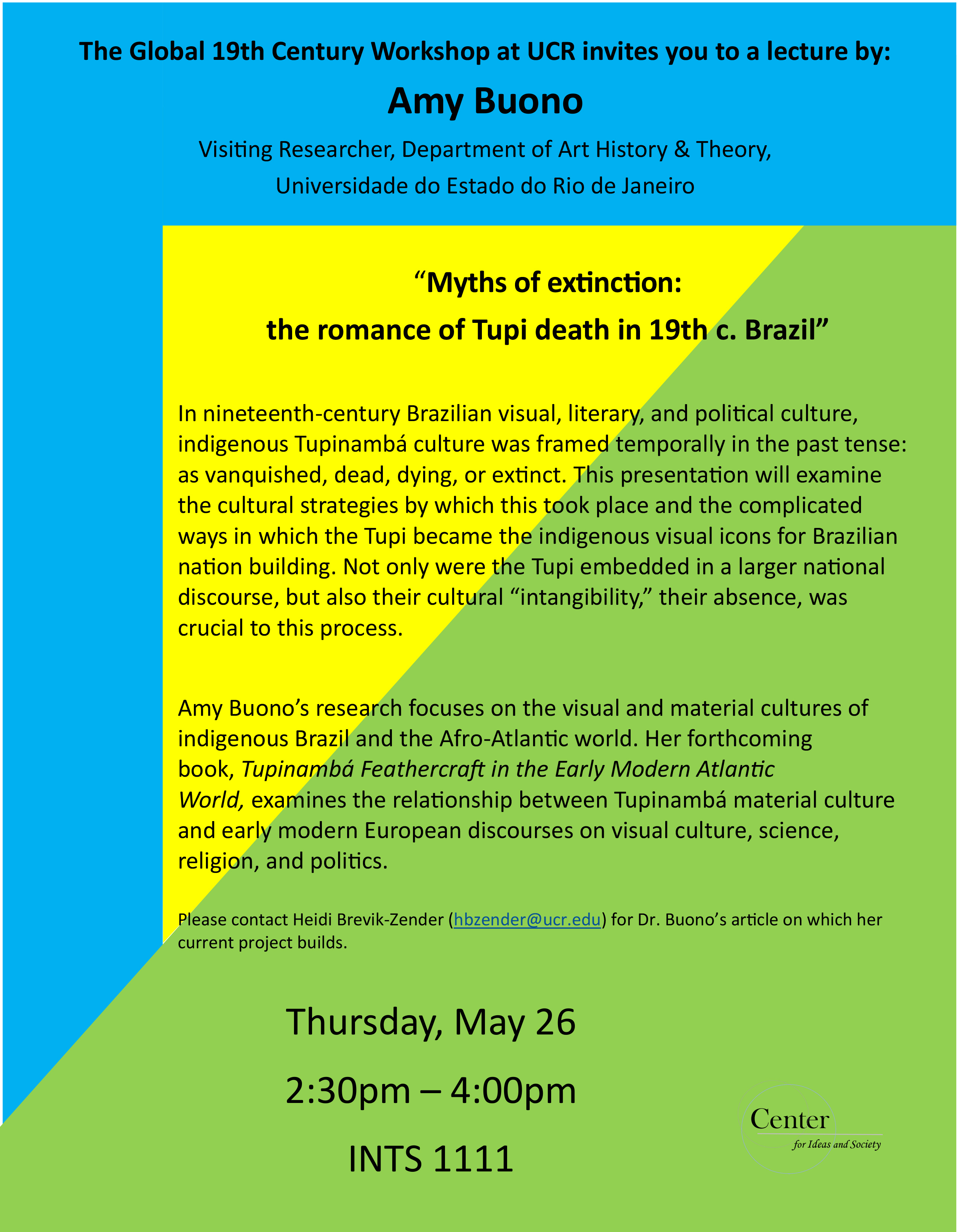 In nineteenth-century Brazilian visual, literary, and political culture, indigenous Tupinambá culture was framed temporally in the past tense: as vanquished, dead, dying, or extinct. This presentation will examine the cultural strategies by which this took place and the complicated ways in which the Tupi became the indigenous visual icons for Brazilian nation building. Not only were the Tupi embedded in a larger national discourse, but also their cultural “intangibility,” their absence, was crucial to this process.
Amy Buono’s research focuses on the visual and material cultures of indigenous Brazil and the Afro-Atlantic world. Her forthcoming book, Tupinambá Feathercraft in the Early Modern Atlantic World, examines the relationship between Tupinambá material culture and early modern European discourses on visual culture, science, religion, and politics.