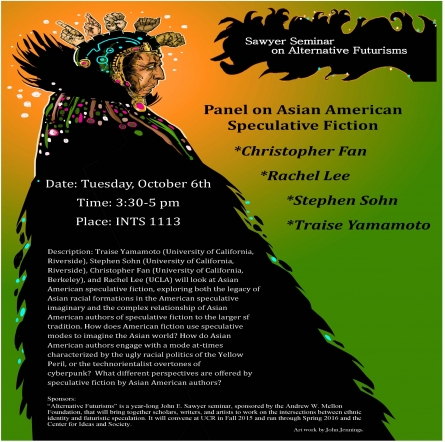 “Alternative Futurisms” is a year-long John E. Sawyer seminar, sponsored by the Andrew W. Mellon Foundation, that will bring together scholars, writers, and artists to work on the intersections between ethnic identity and futuristic speculation. It will convene at UCR in Fall 2015 and run through Spring 2016 and the Center for Ideas and Society.
Art work by John Jennings.