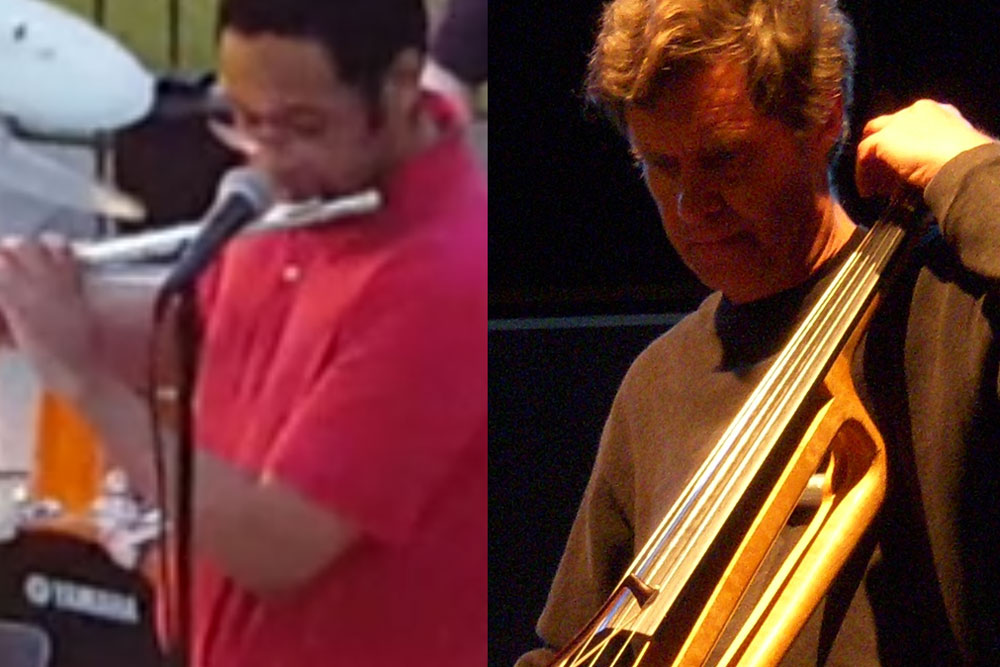 Chris and Scott will demonstrate how to create and perform music through the Internet and connecting people located in different spaces. Today’s vast amount of streaming and video conferencing on the Internet lacks one aspect of musical fun and that’s what this course is about: high-quality, near-synchronous musical collaboration. Under the right conditions, the Internet can be used for ultra-low-latency, uncompressed sound transmission. The workshop teaches open-source (free) techniques for setting up city-to-city studio-to-studio audio links. Distributed rehearsing, production and split ensemble concerts are the goal. Setting up such links and debugging them requires knowledge of network protocols, network audio issues and some ear.

Chris Chafe is a composer, improvisor, and cellist, developing much of his music alongside computer-based research. He is Director of Stanford University’s Center for Computer Research in Music and Acoustics (CCRMA). At IRCAM (Paris) and The Banff Centre (Alberta), he pursued methods for digital synthesis, music performance and real-time internet collaboration. CCRMA’s SoundWIRE project involves live concertizing with musicians the world over.

Online collaboration software including Jacktrip and research into latency factors continue to evolve. An active performer either on the net or physically present, his music reaches audiences in dozens of countries and sometimes at novel venues. A simultaneous five-country concert was hosted at the United Nations in 2009. Chafe’s works are available from Centaur Records and various online media. Gallery and museum music installations are into their second decade with “musifications” resulting from collaborations with artists, scientists and MD’s. Recent work includes the Brain Stethoscope project, PolarTide for the 2013 Venice Biennale, Tomato Quintet for the transLife:media Festival at the National Art Museum of China and Sun Shot played by the horns of large ships in the port of St. Johns, Newfoundland.

Scott Oshiro, who will be assisting Dr. Chris Chafe in the workshop “Online Jammin’”, graduated from George Mason University with a BS in electrical engineering (concentration in computer engineering). In Fall 2018, he will be joining Stanford University’s Center for Computer Research in Music and Acoustics (CCRMA) as a PHD student. Scott was introduced to Networked Music Performance in 2015, when he took a Stanford Online course “Online Concert and Jamming Technology”, taught by Dr. Chafe. After taking this

Course, he gained experience connecting and jamming with other musicians across the United States using the Jacktrip software. He also has professional experience as an IT/network engineering consultant, which gives him the necessary skills to configure and troubleshoot any network connections involving the set up of the studio-to-studio connections during the UCR workshop. In addition to his technical background, he is also a musician. As a flautist of 15 years, jazz flautist of 8 years, he has an understanding of how the technical challenges associated with networked music performances, such as latency and jitter, affect how musicians play across the internet.