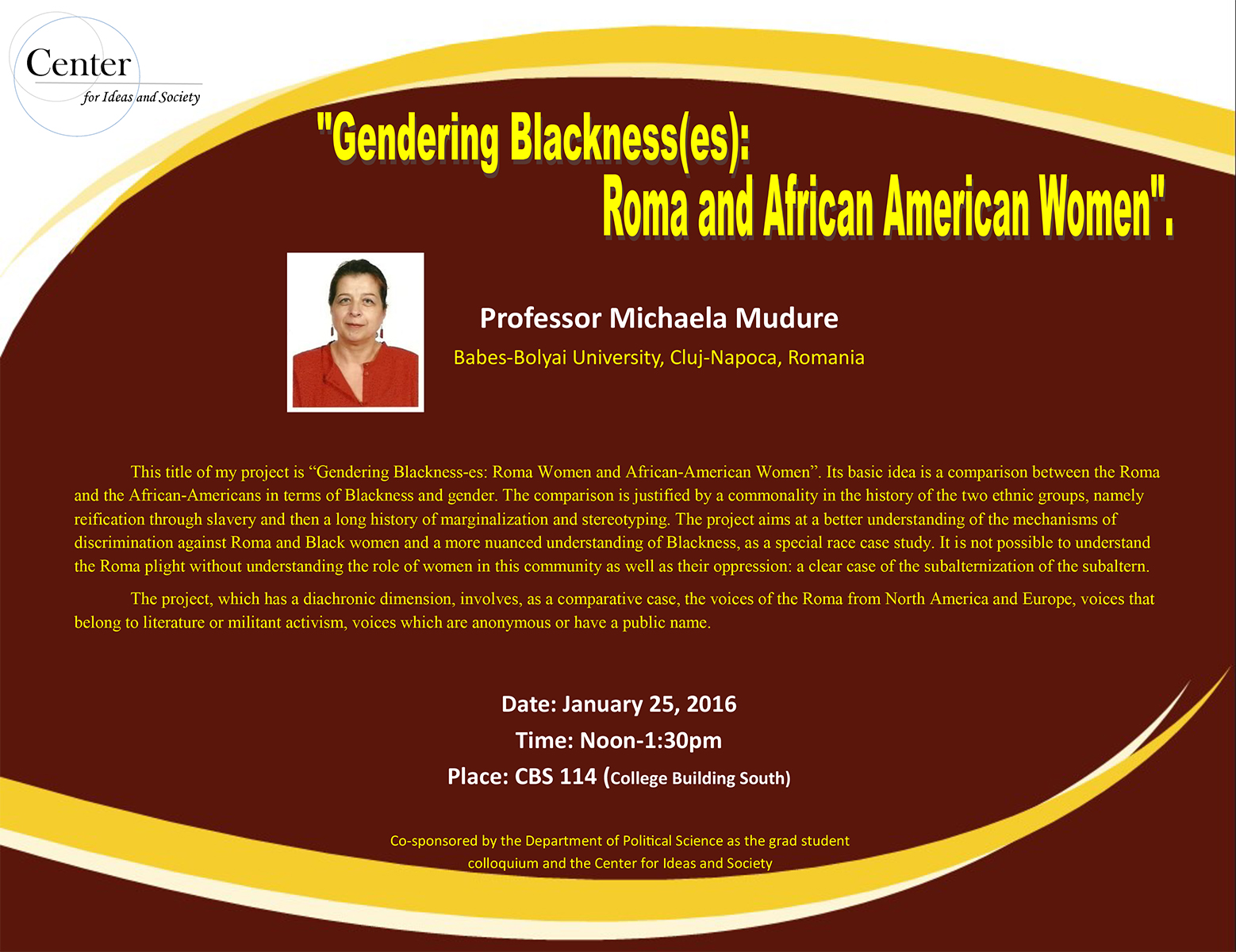 Join us for a talk by Professor Michaela Mudure, Babes-Bolyai University, Cluj-Napoca, Romania.

This title of my project is “Gendering Blackness-es: Roma Women and African-American Women”. Its basic idea is a comparison between the Roma and the African-Americans in terms of Blackness and gender. The comparison is justified by a commonality in the history of the two ethnic groups, namely reification through slavery and then a long history of marginalization and stereotyping. The project aims at a better understanding of the mechanisms of discrimination against Roma and Black women and a more nuanced understanding of Blackness, as a special race case study. It is not possible to understand the Roma plight without understanding the role of women in this community as well as their oppression: a clear case of the subalternization of the subaltern.
The project, which has a diachronic dimension, involves, as a comparative case, the voices of the Roma from North America and Europe, voices that belong to literature or militant activism, voices which are anonymous or have a public name.