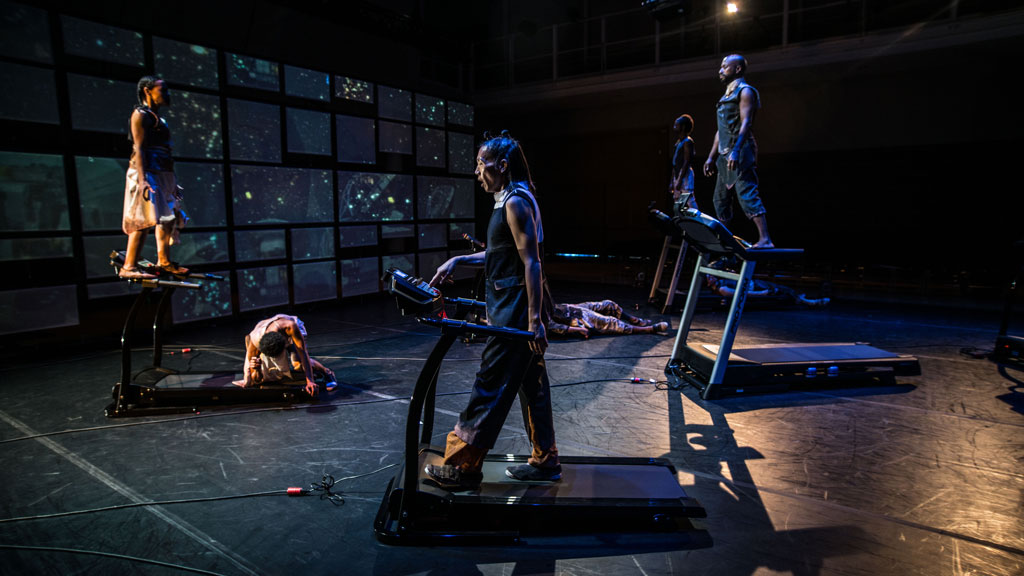 Listening as the Land Talks Back

Ecology, Embodiment and Information in the Science Fictions of ‘echo::system’ and ‘The Movement Undercommons’

As a dance-maker, public intellectual, and activist, this talk brings together contemporary choreography and digital media to interrogate the pressing issues of today. My five-part echo::system project (2005-present) assembles dance, sound/visual media, and computational platforms to highlight the effect that humans are having on the environment. This project is a collaborative framework for examining the intersections of art, environmental sciences, technology, performance, and public engagement; developed with an interdisciplinary team of dancers, musicians, researchers, scientists, architects, and media artists. My most recent work draws on the digital capture and analysis of vernacular movement, individual movement identities, and embodied cultural experience. This work proposes the creation of an open-source movement repository – a platform for assessing a range from individual movements to cultural migrations. This same work allows for the analysis of movement vernaculars in populations as diverse as refugees in Greece, students in dance studies, and migrating citizens of post-apartheid South Africa. In describing these two projects, this talk demonstrates how collaborations based in dance and dance studies are moving closer to anthropology, cultural geography, and engineering.

Grisha Coleman works as a choreographer and composer in performance and experiential media. Her work explores relationships between physiological, technological and ecological systems. She holds the position of Associate Professor of Movement, Computation and Digital Media in the School of Arts, Media and Engineering, and the School of Dance at Arizona State University. Her recent art and scholarly work, echo::system, is a springboard for re-imagining the environment, environmental change, and environmental justice. Coleman is a New York City native with an M.F.A. in Composition and Integrated Media from the California Institute of the Arts. Her work has been recognized nationally and internationally; including a 2012 National Endowment for the Arts in Media Grant [NEA], the 2014 Mohr Visiting Artist at Stanford University, a fellowship at the STUDIO for Creative Inquiry at Carnegie Mellon University, and grants from the Rockefeller M.A.P Fund, The Surdna Foundation, and The Creative Capital Foundation. she danced as a member of the acclaimed dance company Urban Bush Women [1990-1994], and subsequently founded the music performance group HOTMOUTH, which toured extensively nationally and internationally, and was nominated for a 1998 NYC Drama Desk Award for “Most Unique Theatrical Experience.” She is a member of the Board of Directors for Society of Dance History Scholars.