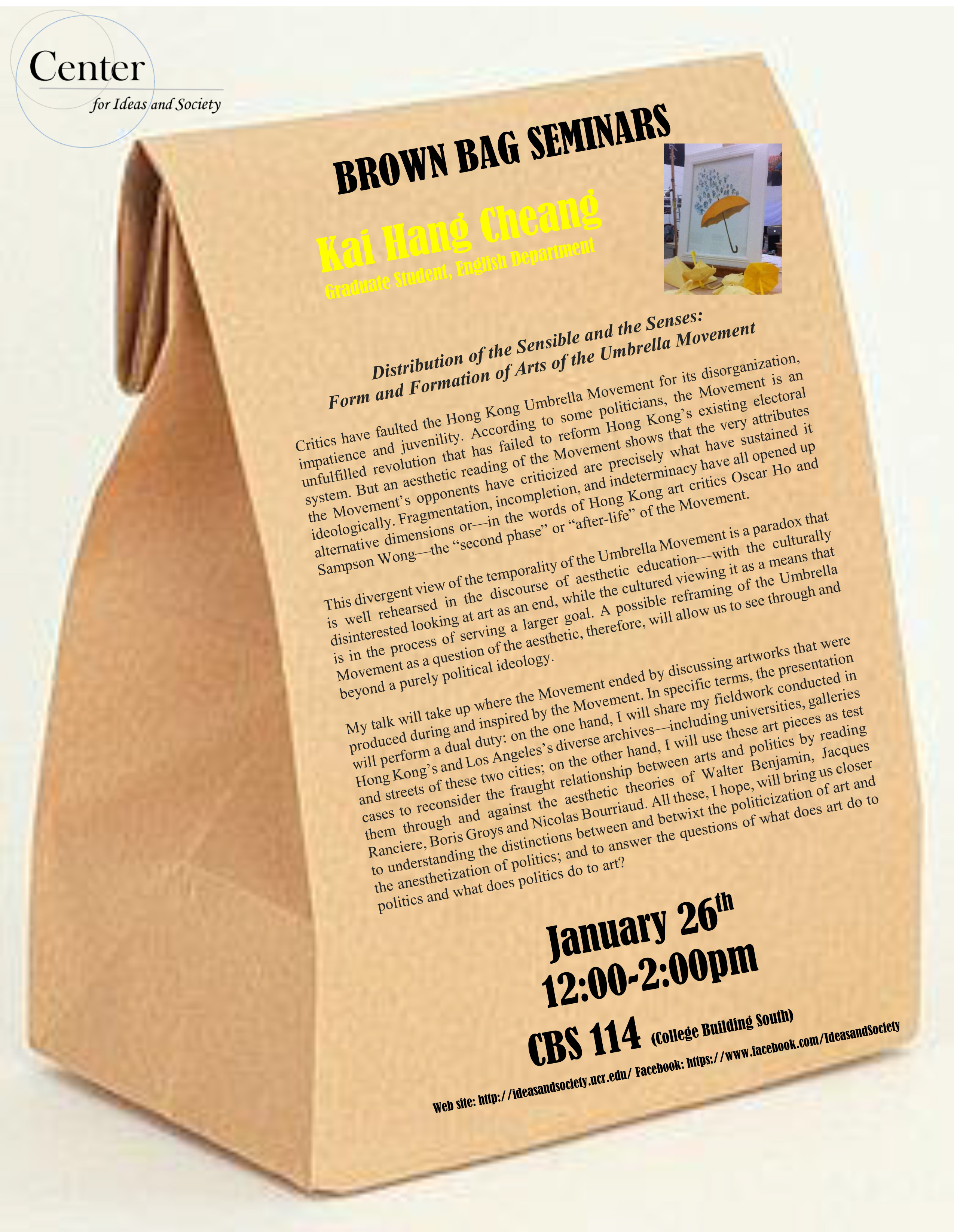 Kai Cheang
Distribution of the Sensible and the Senses:
Form and Formation of Arts of the Umbrella Movement

Critics have faulted the Hong Kong Umbrella Movement for its disorganization, impatience and juvenility. According to some politicians, the Movement is an unfulfilled revolution that has failed to reform Hong Kong’s existing electoral system. But an aesthetic reading of the Movement shows that the very attributes the Movement’s opponents have criticized are precisely what have sustained it ideologically. Fragmentation, incompletion, and indeterminacy have all opened up alternative dimensions or—in the words of Hong Kong art critics Oscar Ho and Sampson Wong—the “second phase” or “after-life” of the Movement.

This divergent view of the temporality of the Umbrella Movement is a paradox that is well rehearsed in the discourse of aesthetic education—with the culturally disinterested looking at art as an end, while the cultured viewing it as a means that is in the process of serving a larger goal. A possible reframing of the Umbrella Movement as a question of the aesthetic, therefore, will allow us to see through and beyond a purely political ideology.

My talk will take up where the Movement ended by discussing artworks that were produced during and inspired by the Movement. In specific terms, the presentation will perform a dual duty: on the one hand, I will share my fieldwork conducted in Hong Kong’s and Los Angeles’s diverse archives—including universities, galleries and streets of these two cities; on the other hand, I will use these art pieces as test cases to reconsider the fraught relationship between arts and politics by reading them through and against the aesthetic theories of Walter Benjamin, Jacques Ranciere, Boris Groys and Nicolas Bourriaud. All these, I hope, will bring us closer to understanding the distinctions between and betwixt the politicization of art and the anesthetization of politics; and to answer the questions of what does art do to politics and what does politics do to art?