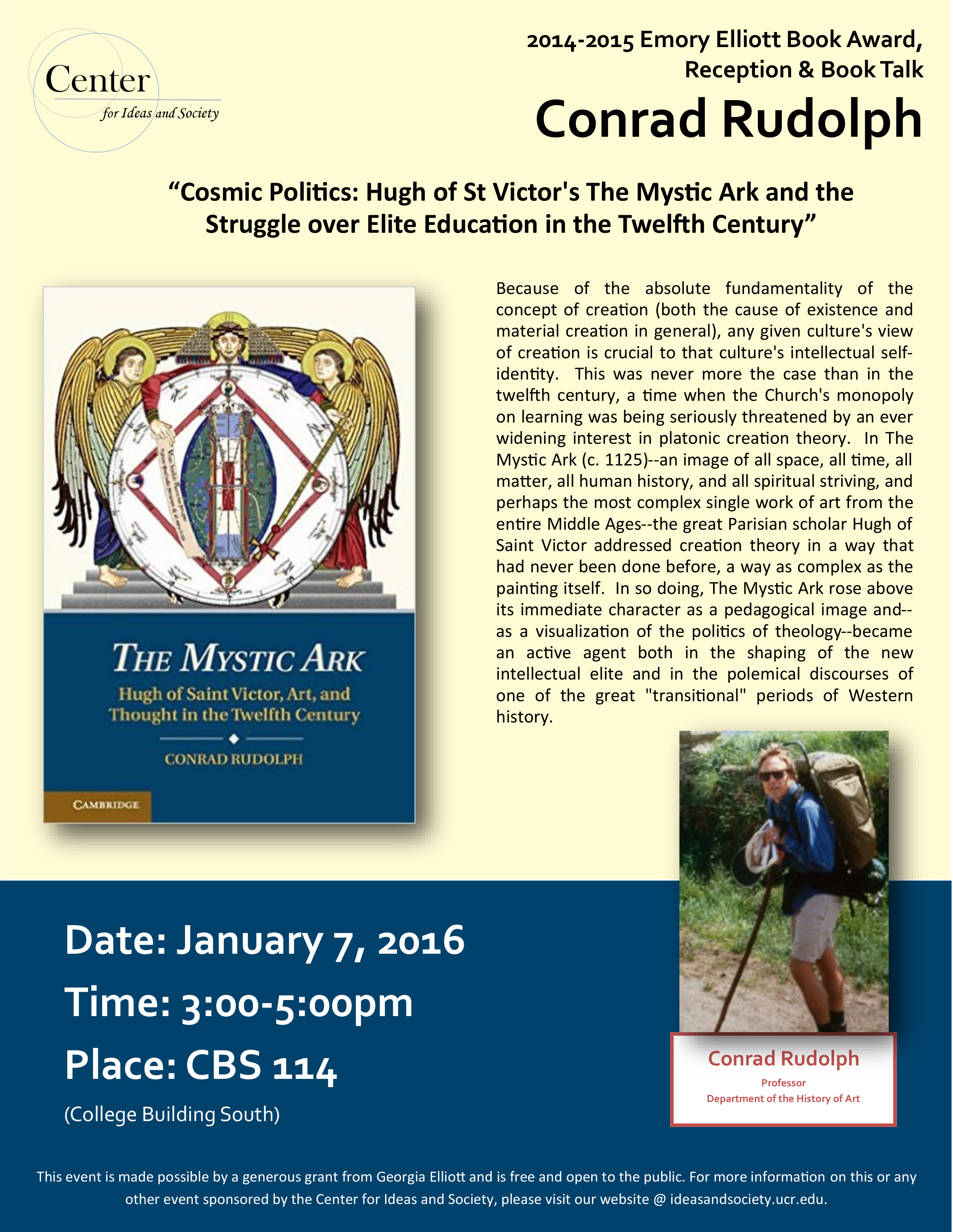 Conrad Rudolph, Professor of Art History
“Cosmic Politics: Hugh of St Victor’s The Mystic Ark and the Struggle over Elite Education in the Twelfth Century”

Because of the absolute fundamentality of the concept of creation (both the cause of existence and material creation in general), any given culture’s view of creation is crucial to that culture’s intellectual self-identity. This was never more the case than in the twelfth century, a time when the Church’s monopoly on learning was being seriously threatened by an ever widening interest in platonic creation theory. In The Mystic Ark (c. 1125)–an image of all space, all time, all matter, all human history, and all spiritual striving, and perhaps the most complex single work of art from the entire Middle Ages–the great Parisian scholar Hugh of Saint Victor addressed creation theory in a way that had never been done before, a way as complex as the painting itself. In so doing, The Mystic Ark rose above its immediate character as a pedagogical image and–as a visualization of the politics of theology–became an active agent both in the shaping of the new intellectual elite and in the polemical discourses of one of the great “transitional” periods of Western history.

This event is made possible by a generous grant from Georgia Elliott and is free and open to the public.